In our long list of SAP Inside Tracks in Brazil the last event realized was SIT São Leopoldo. This time our SIT was co-hosted with DKOM at SAP Labs São Leopoldo. DKOM was a 2 day event (31.3, SAP employees only, 1.4, open to partners + clients), SIT SL a one day event (1.4). As always, we recorded the videos and streamed them, and for those wondering why no HLS this time: I think it was a good proof that you cannot rely on YouTube 🙂

My event app allowed to sign up for the event, thanks to everyone that did so! Android users had also the chance to rate SIT sessions using the app. Apple was against a release of this feature before the event started, therefore iOS users could only rate sessions after the event was over. In total 45 people downloaded the app. While this looks nice, compared to the total number of participants the number is too low. For next SIT I’ll have to think about how to increase the number of people installing the event app. I guess it will help if the registration via app is the preferred way and opening up the web site event registration only later. Which implies to release the app way earlier.

I created a wrap up presentation for internal usage. As the file size is 5MB I cannot share it here. But here are some of the key slides and numbers: 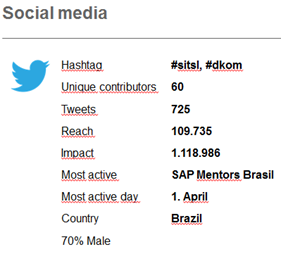 I used the UI5 app to create a web site version, giving everyone with internet access the chance to access key information about the event. The site URL was sitsl.ddns.net. The site had 122 unique visitors.

Tweets were analyzed with a variety of tools, with Kibana being the primary reporting tool.

Impressions from the event. 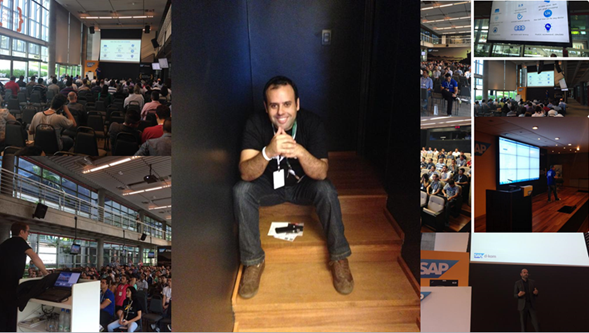 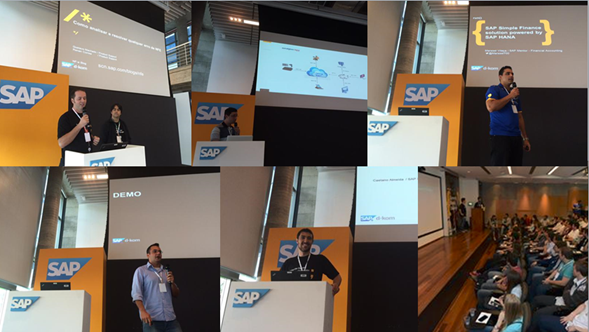 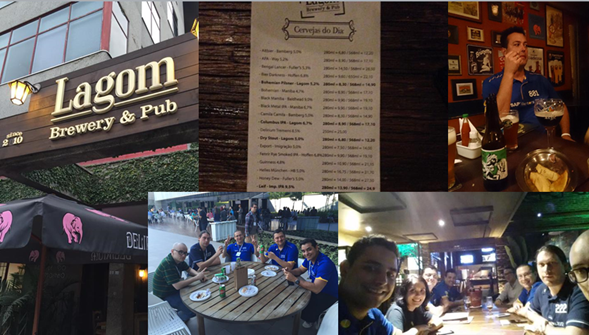 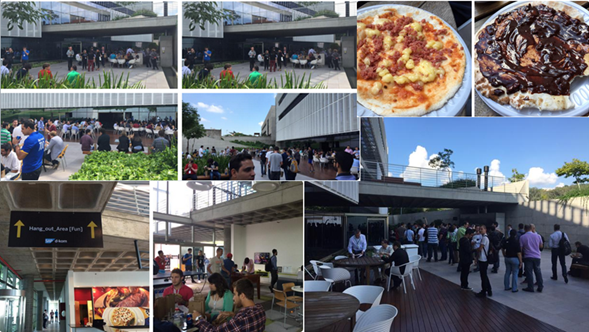 To speak for all other Mentors involved at the event: a big thank you to SAP Labs São Leopoldo to let us co-host the event.